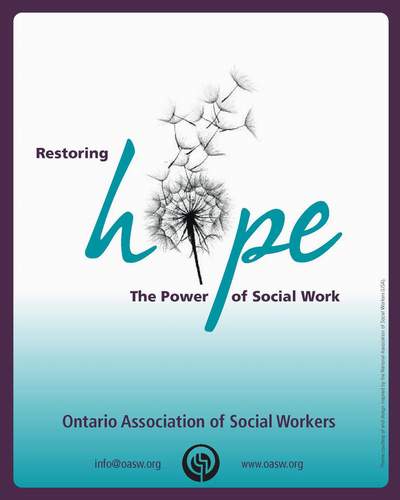 Source: Ontario Association of Social WorkersThis week is Social Work Week. Let me first say that I am proud to be a part of this profession. Secondly, I'd like to mention when I saw the theme for this year, my first thought was how fitting that they chose this theme. Every year the theme is consistent in talking about issues that social workers face with their clients, but I think this year's theme really hits the nail on the head. This year's theme (in Ontario) is: Restoring Hope: The Power of Social Work.

"All things are difficult before they are easy".
-Thomas Fuller 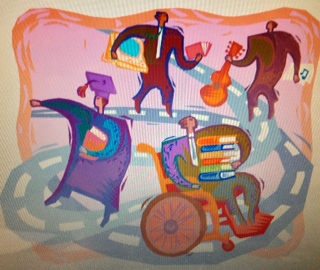 Last Friday I attended an event at the University of Windsor which brought over 300 high school students from across Windsor and Essex-County to meet young professionals. These professionals shared their career paths which led them to their current job, as they were once students not too long ago. I was one of these young professionals who attended and shared her experience. While there, I noticed a lot of young people discouraged about the path after high school because many stated they hear about a lot of people out of work. This is definitely a challenge, and it's not uncommon to hear that people are discouraged with the current state of the economy. With high unemployment rates across Canadian cities, the term lay off seems to be a common one. I hear from many people I know (clients, friends, and family) that it is a challenge to find a job that offers stability and that enriches them. Even though we're in a tough economy right now; we still have to move forward. There are opportunities to seize, jobs to get, and we have to stay positive in the process. So how do we do all that? 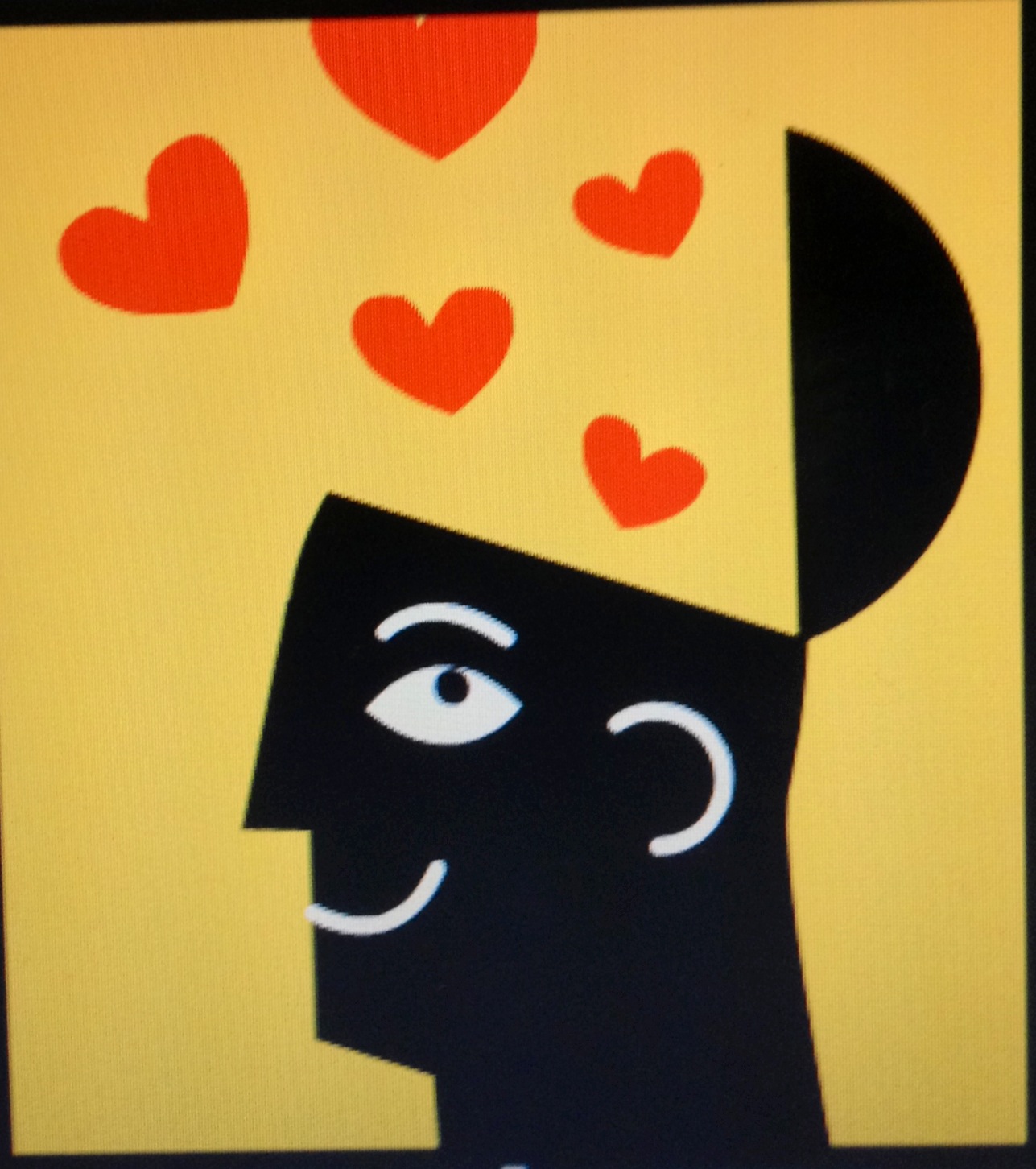 Julie wanted a nice night out with her husband, dinner out on the town with candlelight, followed by a romantic movie at home where they could cuddle on the sofa. Julie made hints in the weeks leading up to Valentine's Day. While eating dinner together last week, she mentioned that she saw a new restaurant open up near her work, and suggested that they try it one night. The television showed clips of popular v-day movies at the gym. Julie noticed a clip from the Note book and immediately let Jonathan know that she had not watched that movie in a while. She needed a night out because she and John had both been so busy at work lately, and it felt like they barely spent time together over the past two months.
A few days leading up to Valentine's Day Julie spoke about a co-worker who was planning a big surprise for his girlfriend. Julie stated that she couldn't believe how much work he was putting into it, and that she would never expect Jonathan to spend that much money on her for one day. That money could be put to better use. Jonathan agreed that it would be a better idea to do something simple and maybe more meaningful. 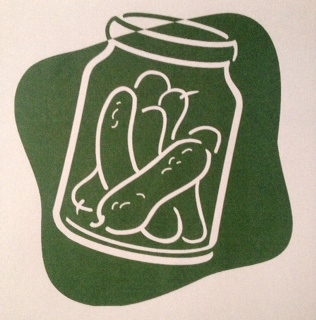 I commonly hear from clients that they can't express what they feel because the people in their lives don't understand what they are going through. When you're going through a challenging time you may feel like no one understands your situation. Yes, you are the only one who truly understands the feelings you hold about what is happening in your life. But sometimes when you feel this way, you may begin to close off from others. You may even minimize what you share about yourself and how you feel. Perhaps, you have found holding back your thoughts and feelings to be a useful coping strategy, but really it's an ineffective one. 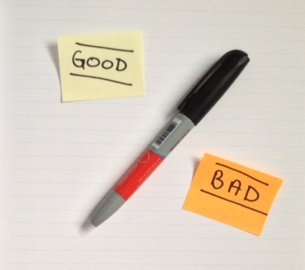 I made many changes in my life over the past two years. I cut out toxic people who were dragging me down, I started a business, and I made more time to engage in activities I enjoyed.

I created a world of positivity, and when a negative experience or person entered it, it was like a plague or disease. With anything, I investigated why I felt this way and realized I wasn't taking the good with the bad. Even though life is good and bad, it is so easy when you're thinking one way to be stuck in that thought pattern. We naturally relate this to negative thinking. Once you start thinking negative, it's a spiralling path where you can pick out the negative even in the most pleasant situations.